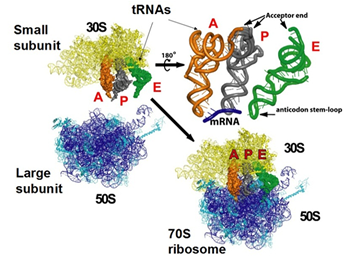 As stated by the Institute of Medicine (IOM) in 1998, "Antibiotic resistance as a phenomenon is, in itself, not surprising. Nor is it new. It is however, newly worrying because it is accumulating and accelerating, while the world’s tools for combating it decrease in power and number" Now, almost 15 years after this declaration, the news about the spread of bacteria resistant to most antibacterial compounds consistently reach the mainstream media. The development of new weapons against these pathogens requires a deep understanding of their biology and, especially, a thorough knowledge of the palette of molecular tools which make these bugs resistant to environmental stresses. Most bacteria, including human and animal pathogens, can acquire high resistance state as a result of exposure to stress, a state named stress-induced cross-resistance. Since in their natural environment bacteria rarely find conditions for exponential growth, understanding the mechanisms involved in the achievement of stress-induced cross-resistance, is of crucial importance for the control of bacterial populations. Despite the current urgency in the development of technologies which will allow us to gain control over bacterial populations, little effort has been devoted to understanding the details of stress-induced cross-resistance.